The perfect complement to the occasion: beer. Hollywood is full of watering holes to throw back a few cold ones and cheer your local team on. Not a football fan? No worries: Everyone is still welcome at these Hollywood bars and restaurants. 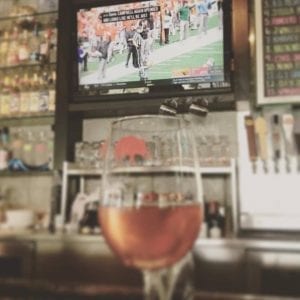 On any given Sunday, you’re likely to find a rowdy football crowd here hootin’ and hollerin’. TVs galore line this popular gastropub, where beer is never in short supply. In fact, there are forty beers on tap to choose from. If you’re the macro-brewery type, you’ll find the usual big names like Yuengling, Sam Adams, and Stella Artois.

If your tastes are a little more particular, you have even more choices to choose from – choices like SouthHampton Abbot, Victory Dirtwolf and Abita Grapefruit IPA. Taps change regularly, so you’ll always have something new to try. And they all go great with The Tipsy Boar’s extensive food menu, which includes the likes of sweet potato waffle fries, a French Onion burger, and mussels.

Full disclosure: This is a Boston bar. So if you’re not a Patriots fan or a fan of any other Northeast team, you’re probably going to stand out. With that said, it’s still worth braving a trip here even if you’re not a fan. The place is somewhat of a dive, so you know what to expect: cheap, cold beer; decent bar food; and lots of pool tables and TVs.

Don’t come in here with sky-high expectations, and you’ll leave a happy customer. In fact, you’ll probably come back next week. Just don’t expect much in the way of micro-brews and smaller breweries.

Another warning: It is a little small and off the beaten path. If there’s a big game you want to watch, you may want to stop in sooner rather than later. Besides football, there’s also live music, karaoke and another programming to keep the party going even if your team loses. 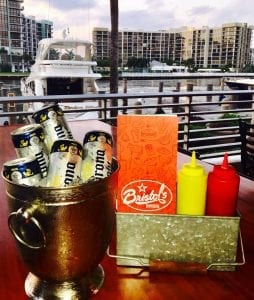 The first two spots we mentioned are a little more on the “divier” side. Bristol’s Burgers is not: It’s actually a part of Diplomat Beach Resort, a mini-city/resort that underwent a huge multi-million-dollar renovation recently. It shows — Bristol’s Burgers is a lot cleaner and nicer than your usual corner bar. And you can tell from the quality of the food that a lot of thought has gone into the menu.

Items like mac and cheese tots, smoked local fish spread, and beer-battered onion rings are perfect selections for sharing during a football game, and they all clock in at under 10 dollars; that’s a steal. Where this place really shines is the burger lineup – your diet stands no chance here. Take, for example, the Big Daddy Mac: It’s fried mac and cheese, pickled chili relish, sharp cheddar cheese sauce, and ranch dressing. We don’t blame you for drooling (and setting up a cardiologist appointment).

Don’t fret if you can’t handle monstrosities like these – the Build Your Own section lets you make something a little more your size if necessary. As for beer, classics like Corona, Stella Artois, and Heineken are available alongside local favorites like Concrete Beach, Cigar City, and Hollywood Brewing Co. to keep you satisfied all Sunday long. 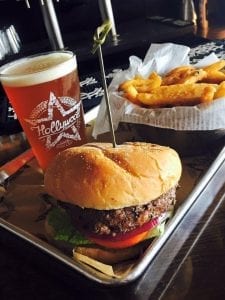 Speaking of Hollywood Brewing Co., you can pay a visit to their Brewpub for beers and bites, too. In terms of food, the menu is surprisingly varied. There are burgers – of course – and shareable plates like wings, potato skins, and other gameday staples, but there is also more out-of-the-box fare like avocado egg rolls, dumplings, snow crab legs, and lamb ribs.

When it comes to beer, you’re set with an array of Hollywood Brewing Co. options. Whether you prefer a light pilsner, a dark ale or something in between, there’s something for your palate here. Plus, they’re all priced around $6.50 so you can do some serious damage during the big game; check out the special drafts while you can, as they’re always being switched out. 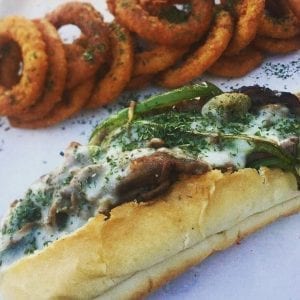 For some people, the game is secondary to just be out with friends and having a good time on Sundays. If you’re okay with not having a plethora of screens around you, then Triple B Bar & Grill is for you. While there are screens to keep your eyes entertained with football, there aren’t as many as the other spots we’ve listed. Here, the game(s) take a backseat to the food, which is delicious. The star of the show: the wings, which come in a variety of flavors. Garlic Parm is a personal favorite, but there are sauces to spice things up if that’s more your style. Sandwiches are also good, too, if you want something more filling.

DID YOU FIND THIS RECOMMENDATION USEFUL? KEEP READING OUR BLOG.