When the craving for tacos or burritos strikes, where do you go? Fortunately, Hollywood Florida has a wide range of Mexican restaurants to choose from. Whether you’re looking for a quick bite, a more upscale affair or something in between, you’ll find what you’re seeking easily.

Here are four Mexican joints we recommend checking out the next time you’re hungry and looking for some tasty tacos: 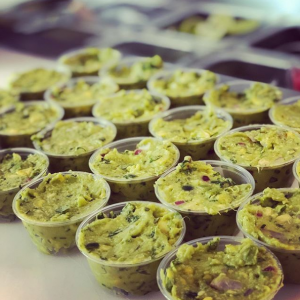 This newer addition to Harrison Street provides tremendous value and quality. It’s hard to believe that prices are this low for such top-notch food, but we aren’t complaining. At this casual spot, you’ll find a short-and-sweet menu full of classic cuisine with some Asian flair.

Opt for chips and guac or tuna tataki to start your meal – or both. Tacos include familiar fillings like beef short rib and chicken as well as less common proteins like yellowfin tuna and squash. Same goes for burritos, which are massive and clock in at around $10 to $13. Guests watching their weight or carb intake may want to opt for a healthier-yet-equally-satisfying bowl.

There’s no liquor license here but that doesn’t mean the drink selection is lacking. Mexican beers like Corona Extra, Modelo Negra and Pacifico all make an appearance, but so do Japanese beers like Asahi and Sapporo Black (plus a few others from our friends overseas). Cocktails are indeed available but they’re of the wine, sake and beer variety. Again, they taste almost the same as their liquor counterparts – you’re not missing much. Tee-totalers can enjoy Mexican soft drinks and Jarritos to wash everything down. 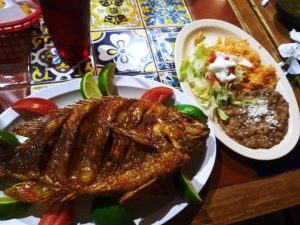 For no-frills Mexican fare that won’t break the bank, look no further than La Fondita Mexicana. The wide menu incorporates a number of specialties such as cheese quesadillas, stuffed jalapeños, flautas, sopes, chilaquiles and so much more. In fact, the menu can be a little overwhelming at first. Not a problem, though: Just come back another day to try everything else (and you will).

Portions are massive for the money, and the staff is super friendly. For lunch, they’re especially busy and offer a number of specials; since the place is small, there may be a wait during busier times. This place is best enjoyed as a group, so you can try a little bit of everything. Pro tip: Get the horchata. You won’t regret it. This is a place where looks can be deceiving. It doesn’t look like much on the outside, but what’s on the inside is well worth your time (and calories). 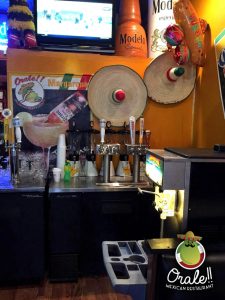 Bring an appetite to Orale Mexican Restaurant, where you’ll want to eat your eyes AND mouth. This is one huge menu: Everyone from your mother-in-law to picky best friend will find something to like here. If not… we don’t know what to tell you. The first section on the menu you should look at is Tastes of Mexico. Here, you’ll find some of the best dishes that Orale has to offer.

The gorda chimichanga lives up to its name with either grilled steak or grilled chicken filling the tortilla to the brim. The carne asada is another tasty option that’s enough for two people. In fact, the sampler platters that say they can feed two people can actually feed more than that. And for around $20, it’s a great deal; just take the leftovers home and you’ll have lunch AND dinner.

Even though the portions are humongous, try to save room for dessert – their desserts are out of this world. The cheesecake chimichanga is as decadent as you can imagine, as is the brownie sundae topped with the kitchen sink. For something a little lighter, the Mexican churros with chocolate and caramel are a good choice. Even then, leave your diet at the door – this is not a place to eat at if you’re counting calories. 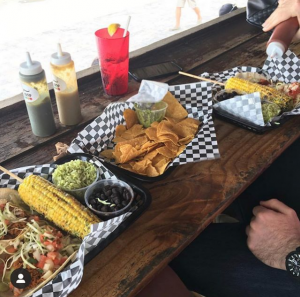 For delicious tacos with a beautiful view, head over to The Taco Spot on the Hollywood Boardwalk. Here, you can enjoy the beach while stuffing your face with nachos, guac and other casual bites. There’s also some Asian influence to be found on the menu: Mex-Korean BBQ wings are a fun, unique starter, while tacos, burritos and other fare can be stuffed with tempura shrimp, Korean tofu, Korean short rib and other uncommon proteins.

Drinks-wise, you’re working with a full liquor license. Beers are plentiful, but there’s nothing quite like having a margarita or a piña colada with the beach right there. Should you feel like splurging, try one of the signature drinks like the Cocoloco or Pineapple Pina, which come in special glasses for a true island vibe (and fun Instagram-worthy posts). It may seem a little touristy thanks to the location, but don’t let that deter you: The Taco Spot is the real deal.